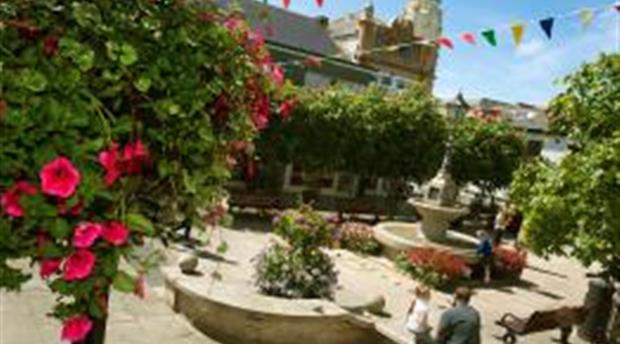 Camborne is an important market and industrial town in west Cornwall. Together with the neighbouring settlements of Redruth and Pool it forms the largest urban conurbation in Cornwall. Mining history dominates both the fabric of the place and the culture of the people.

Camborne Churchtown was a small hamlet surrounded by moorland. It was only one small place among a cluster of other villages, most of which were larger. The original road to Camborne was through Tuckingmill from where travellers had to follow a route through Treswithian to reach the hamlet.

It was the early eighteenth century development of the local copper mines and the subsequent eighteenth and nineteenth-century industrialisation of tin and copper mining that transformed the surrounding area into Cornwall’s principal industrial centre and set the town on a new development trajectory.

During the nineteenth century Camborne became Cornwall’s most industrialised town, expanding rapidly to house both the ever expanding workforce and the associated industrial processes, such as the internationally important Holman drill works. With this expansion the town was quickly urbanised, becoming a rival to the earlier established town of Redruth.

The numerous impressive late nineteenth century civic, religious and commercial buildings are testimony to the success of this period. However, with the decline in Cornish mining the economic success of the town weakened. The CompAir Holman works has recently closed, although another engineering firm is reusing part of the site.