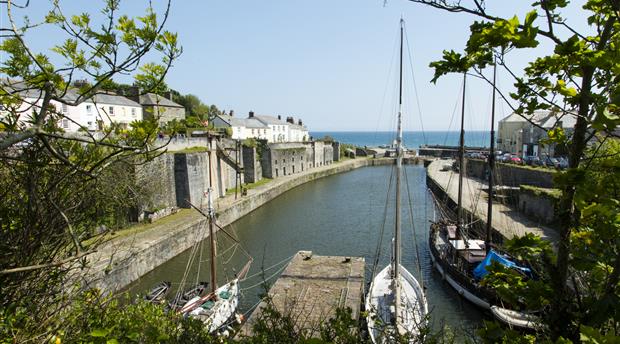 Charlestown is a village and port on the south coast of Cornwall, England, United Kingdom, in the parish of St Austell Bay.

The port at Charlestown developed from what was in the late 18th century the fishing village of West Polmear. Prior to the building of the harbour trading vessels landed and loaded on the beach.

It was developed in the Georgian era (specifically from 1790 when work on building an outer quay began to 1799 when the first dock gates were erected) as a new town, and named after local landowner Charles Rashleigh who had a hand in its design.

Following the death of Charles Rashleigh in 1823 the fate of Charlestown was caught up in the financial problems of Rashleigh's estate.Throughout the nineteenth century the little dock was packed with ships and the harbourside sheds and warehouses thronged with complementary businesses: boatbuilding, ropemaking, brickworks, lime burning, net houses, bark houses and pilchard curing.