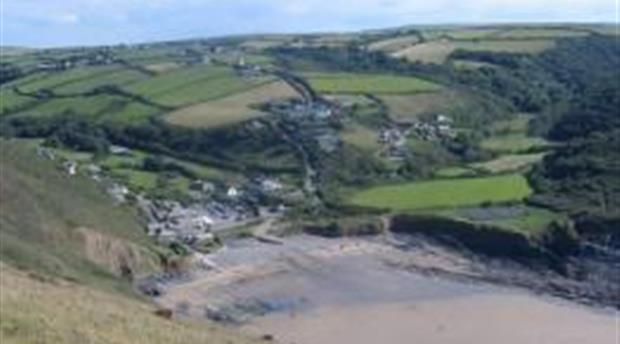 Crackington is situated at the mouth of the picturesque valley which leads to Mineshop.

Crackington Haven was mainly used for the Quarrying of Slate, large vessels would come in and Beach themselves at Mid tide, unload their cargo of limestone & Coal, load up with Slate taken from the cliffs and on the next High tide sail away.

Wrecks are said to have supplied much of the early building materials in Crackington.  The rocky headlands claimed many boats all along the coast.

Crackington, along with Boscastle, suffered a great deal of damage in the flood of 16th August 2004.  The shops, cafes and homes were flooded, cars washed out to sea, and the bridge suffered structural damage.