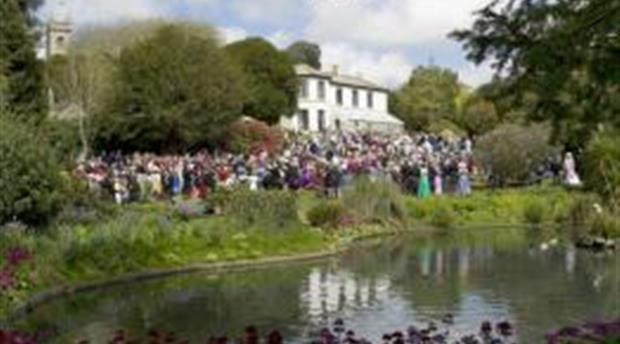 Although probably existing as a settlement since the 6th century, Helston was first `chartered` by King John in 1201. During its early years it was know as “HENLYS”or “HELLYS” which means `the old court` in Cornish. However, under the Saxon`s the “ton” was added and it was still known as “HENLISTON” when entered in the Domesday Book in 1086.

Helston is perhaps most famous for the 'Furry' or Floral Dance held on the 8th May, unless this falls on a Sunday or Monday when it takes place on the preceding Saturday). On Flora Day the streets are thronged with thousands of visitors and there’s a carnival atmosphere all day and into the night.

The bustling market town hosts a mixture of Georgian and Victorian architecture. An outstanding feature at the end of Coinagehall Street is The Monument, which was built in 1834 in the memory of Humphry Millet Grylls, a local banker and solicitor whose actions kept open the local tin mine and saved 1200 jobs.

Also on Coinagehall Street is the Blue Anchor, originally a rest house for monks, which became a tavern in the 15th century. This is possibly the oldest private brewery in the country, selling the strong local brew, Spingo. Further up the street, is one of the oldest buildings in Helston, the Angel Hotel, former town house of the Godolphin family who represented Helston in Parliament for many years.