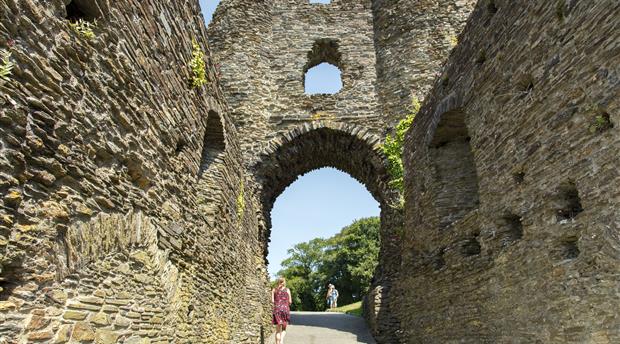 Launceston is the chief town of a wide area lying between Dartmoor and Bodmin Moor. In Saxon times it was the site of a Royal Mint. By the 12th century the town itself had become walled (the only walled town in Cornwall) and for centuries the Assizes were housed here, in the castle itself and Guildhalls in the town.

The name Launceston is made up of Celtic and Saxon words. Lann meant church in Cornish. So it was the Lann of St Stephen. The 'ton' comes from the Saxon word 'tun' which meant farm, hamlet or estate. By the time of the Norman conquest in 1066 Launceston was an important settlement. Launceston also had a mint.

Furthermore the Normans built a castle to guard Launceston. In 1067 William the Conqueror’s half-brother Robert of Mortain was made Earl of Cornwall. He built the first castle at Launceston. The first castle was of wood but in the 13th century a stone castle replaced it. In 1227 Richard, the brother of King Henry III was made Earl of Cornwall. He built a stone castle at Launceston, much of which still remains.