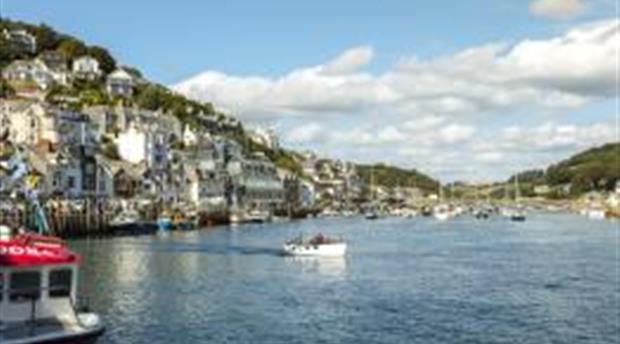 East Looe and West Looe originated as separate towns. They were what is called "planted boroughs" and first mention of them is in 1201.

The town towns were joined by an estuary bridge, the earliest in Cornwall, by 1411. The Illustrated Journeys of Celia Fiennes 1685 - c.1712 ,ed. Christopher Morris, London, 1982 records that she recorded the bridge as having 14 arches in 1698. The bridge was replaced in 1853 by a new one about a hundred yards further upstream.

The Guildhall is believed to have been built about 1500 and one house is dated 1555 and another 1632. The Golden Guinea restaurant is one of many ancient houses still in use today and whose interiors, in some cases, give more clues to their age than do the later exteriors which have disguised them.