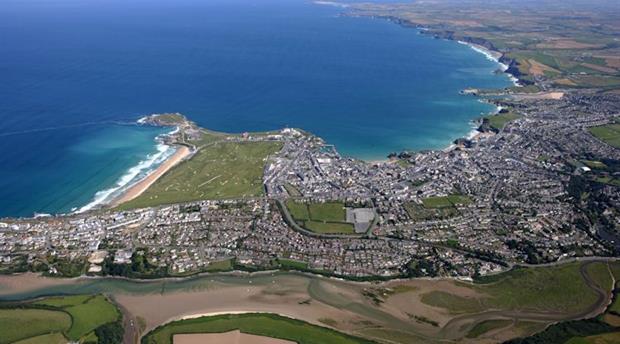 Newquay looks back on 1600 years of history and a dramatic change of identity from fortified cliff settlement, through tiny port to premier resort.

Modern man found its hidden gold; the chain of eleven beaches that have transformed Newquay in less than a century into the most popular holiday resort in Cornwall.

Because of its position at the heart of Cornwall, Newquay makes the perfect touring base to explore its history and legend.

To the north-east is Tintagel where Merlin wove his spells and King Arthur held court. To the east is Roche Rock, spiritual home of the Cornish Gorsedd and the wildly beautiful moorland of Bodmin.

And south is the 11th century Restormel Castle, one-time home of the Black Prince, the beautiful valley of the Fowey and the lushly different riviera of sleepy estuaries, secluded coves and picturesque fishing villages like Mevagissey.