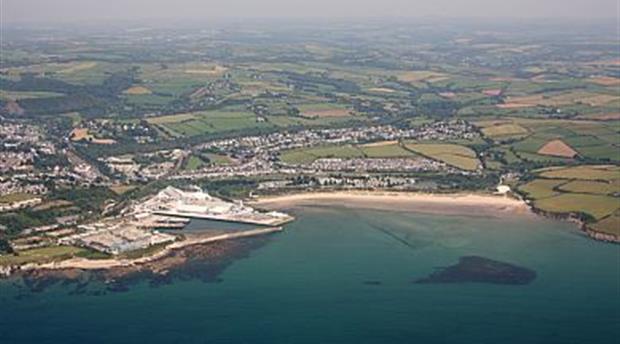 Par, a seaport village and a chapelry in St. Blazey and Tywardreath parishes, Cornwall.

The village stands on Tywardreath bay and on the Cornwall railway, 4¼ miles S S W of Lostwithiel; and has a station with telegraph on the railway, and a post-office, designated Par Station, Cornwall.

The village started as a small group of houses below a cliff overlooking the mouth of the small River Par that was crossed by a ferry.