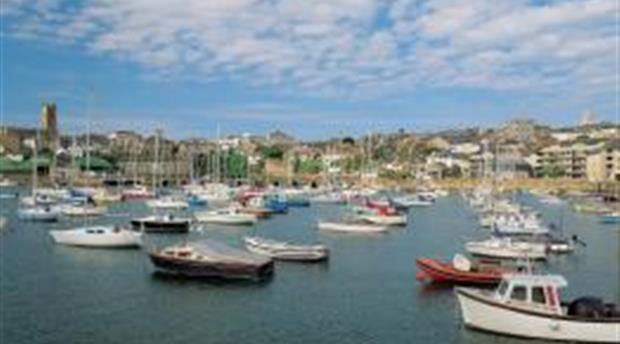 A body of water dominated by the grandeur of St. Michael's Mount. Located just 10 miles from Land's End, an area of Celtic culture and outstanding natural beauty surrounds the town.

Named "Pen Sans" in the ancient Cornish language, meaning "Holy Headland", referring to the headland to the western side of the harbour on which a chapel was established by early Christians well over 1000 years ago.

The town received Royal Charters for its harbour in 1512, for markets and fairs in 1592 and was formally incorporated by Royal Charter in 1614.

With a population of approx 20,000, it is both a market town and a popular tourist destination, and features an attractive promenade on its sea front. There are several historic houses in the town, amongst Regency and Georgian terraces, along with a number of museums and galleries.

The town has the most westerly major harbour on the English Channel and, from there, ferry services operate to the Isles of Scilly, which lie some 28 miles beyond Lands End augmented by air services from both Penzance and Land's End.