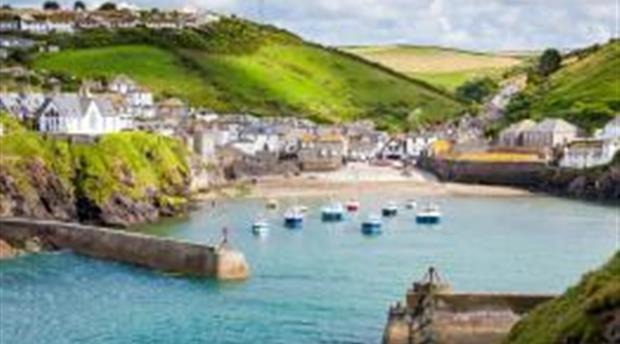 Port Isaac, was a busy coastal port from the Middle Ages to the mid 19th. century when it was an active harbour where cargoes like stone, coal, timber and pottery were loaded and unloaded.

Fishing and fish-processing were also important and today there are still fishermen working from here although tourism plays an increasingly important role.

The Village of Port Isaac, was frequently used as a 'set' for films such as Poldark, Nightmare Man, Saving Grace and the famous Doc Martin.

The whole area is very hilly with deep valleys where little streams run down to the sea. Port Isaac and Port Gaverne are in two of these valleys - two separate communities.