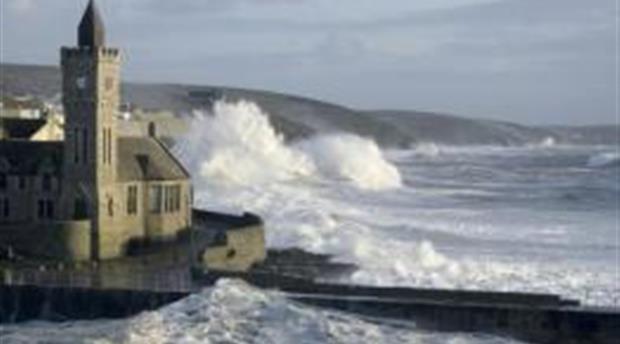 Porthleven in Cornwall exudes Cornish charm and tradition. Set in the middle of a huge sweeping bay, the beach at Porthleven is ideal for a relaxing family holiday. Porthleven has arguably the most impressive harbour in Cornwall, being constructed during Napoleonic times and with the aid of French prisoners of war. Small fishing boats land their daily catch in Porthleven, much of which is sold in Porthleven cafes and restaurants and the award winning Quayside fishmongers.

Around Porthleven harbour there are historic buildings, many constructed at the same time as the harbour around 200 years ago. Many fishermen's cottages and net lofts are located around the harbour area and the beach. The temperate climate in Porthleven and this area of Cornwall is partly due to warm waters of the Gulf Stream. There are consequently numerous palm trees in Porthleven. The relaxing atmosphere is enhanced by the white painted buildings, the light reflected from the sea, and the fresh air.

Due to the strict conservation measures Porthleven in Cornwall remains an unspoit, working harbour. Porthleven attracts visitors who want to get away from it all and be inspired by the surroundings and the way of life.