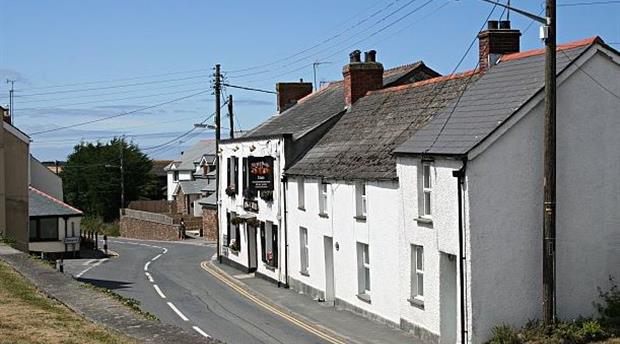 The parish takes its name from Saint Yse (or Ida), one of the twenty-four children of St Brychan, a 4th century Welsh saint and king.

The Cornish name means "the church on the tumulus". In early records Egloscruk is the name of the parish, while St Ida refers to the site of the saint's chapel and holy well at Zanzidgie.

The parish church is partly Norman and was enlarged in the 15th century when the south aisle and tower were built. The tower has been rebuilt twice, ca. 1680, and again in 1871.

In 1869 the church tower was struck by lightning and collapsed. Though there was a "lamentable rebuilding in 1871" (Charles Henderson) there are some features of great interest.